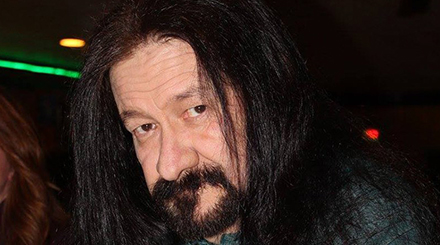 I was born an raised in Brookneal, Virginia which is 33 miles south of Lynchburg, Va. where I have lived since 1985. Lynchburg is about 70 miles south of Charlottesville, VA where UVA is located.

The Antique Bug Bites
I started off collecting antique buggy steps around age 8 and ransacked about every barn and shed out in the country where my Grandparents lived, and branched out to other interesting items. I went to auctions on the weekends when in High School (sometime taking my date with me) and then in the early 80’s started to collect Depression Glass but it got boring after we had piled up about 1,000 pieces and it seemed that there was nothing new to be found. I didn’t really like Carnival Glass until a friend told me that some of it could be very valuable, especially if it had a “N” in the bottom of it, so I went to an auction I saw in the newspaper which listed Carnival Glass and bought the only piece there with the “N” on the bottom.

The Journey Begins
The first piece of Carnival Glass I bought was around 1985, and here I was, stuck with a piece not knowing what pattern I even had. I eventually found one of Bill Edwards books but the piece wasn’t in there. I think I looked through that book for an entire week with no luck, so I stuck it up on a shelf, and I sat around with a lot of frustration for about a month before I decided to call Collector Books to see if I could get the author’s phone number for help. They gave me Bill’s phone number with no problem. When I called him, he gave me his address in Madison, Indiana to send a picture for him for ID. Turns out, this would be the first picture of this pattern that he had been able acquire to show in a book, which came out in his next edition. It was identified as Northwood’s “Stippled Mums” in Amethyst with Starburst Lustre, which I still have today sitting on a shelf all by itself.

That caused me to get really interested, really fast, and it started a buying frenzy. I also started helping Bill around that time (mid 1980’s), sending him photo’s of pieces I had bought that were not in his books. At the same time, I was learning from other reference material that I stock-piled rather quickly and I began to ID patterns that helped Bill with his books until I signed on with Collector Books myself. I think Bill just saw how quickly I could spot unlisted patterns and learn. I drove many miles buying and just looking at Carnival Glass, and I kept reading, over and over, all of the reference material I had gathered as if I were going for a Masters Degree or a PhD.

Bill wanted to retire after his 6th Edition Carnival Encyclopedia, but I talked him into us co-authoring a book first so that I could get used to working with the Publisher, Editors, Graphics Department, etc. Then I convinced him to do a Pressed Glass book and he thought I was crazy. Then I talked him into the Opalescent Glass Encyclopedia, since he had already written a very thin paperback book on Opalescent Glass.  From there it just snowballed into many other editions of various titles until he finally gave it up some years later to retire back home to Rushville, IN.

I would sign my 1st contract with Collector Books in 1996. The first book to come out with my name on the cover page was The Standard Encyclopedia of Carnival Glass 6th Edition in 1998 and went all the way to the 12th Edition in 2010 when Collector Books started their shut down.

I authored or co-authored in the neighborhood of 34 books total, if you count the separate Carnival Price Guides. Also there were several “Standard Companions of Carnival Glass’, “Best of the Best in Carnival Glass”, “Encyclopedia of Millersburg Crystal” and numerous Opalescent and Pressed Glass encyclopedias.

I have the first copies off the press of every book I authored and co-authored, all of which came out before the books hit the market.

There are two things I tried to never do while writing books; I never did it for the money and I never called or considered myself an expert. I would simply say that I specialized in Carnival Glass. When I began this wonderful journey, I did so for the sheer enjoyment and to help other people with their Carnival Glass collecting. I don’t think there has ever been one day when it was boring for me. Thank you for allowing my work to come into your homes and hobby, and thanks to each and every one of you who helped me along the way or bought one of our books. I’ve met some of the best people on Earth during these fantastic times. 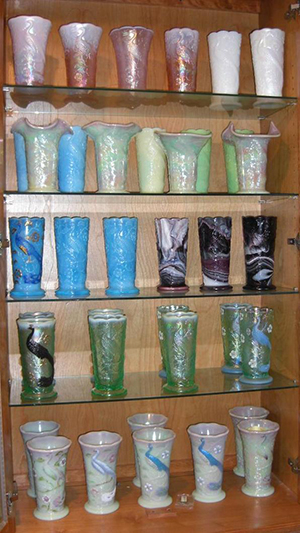 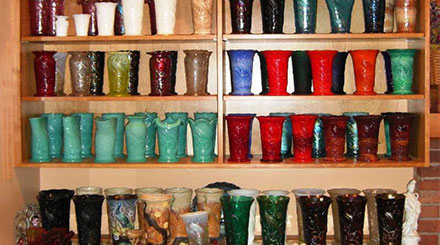